Instead of planning for more jails, let’s work toward less crime

Despite this good news, state governments continue to focus on increasing jails rather than decreasing crime.

Relative to the Australian average, Tasmania has low rates of incarceration per 100,000 head of population. 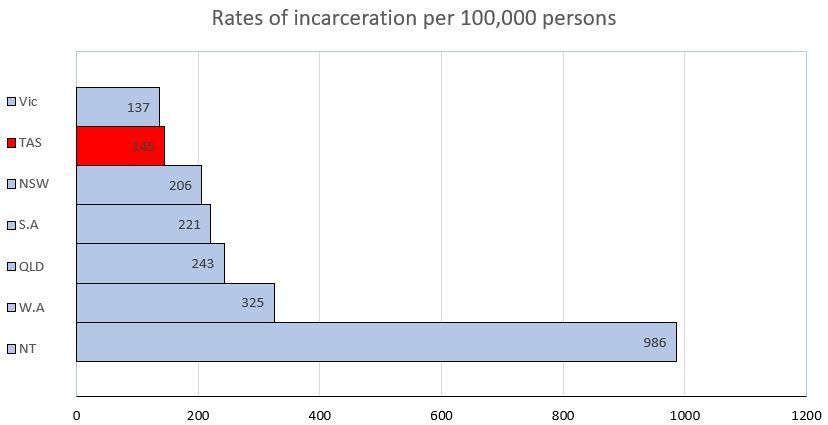 Tasmania could lead the rest of the country in restorative justice. The Local Party is working with legal practitioners, prisoner advocates, literacy experts to chart a course towards negligible crime rates in Tasmania.

We understand some people – no matter what help they receive – will commit crimes. But we also know the crime rate need not be as high as it is. Our action plan is not about giving ‘criminals a free kick’ it’s about reducing the amount of harm being done to Tasmanians.

After all, who wouldn’t love to go back to a time where we left our front doors open and a balmy summer night meant leaving your window open for a cool breeze rather than an invitation for an intruder?

On July 24th we are holding a one-day workshop to produce the Local Party justice reform action plan for Tasmania. If you would like to join us either in person or online please, click here. (link to the symposium tickets)  If you just want to send in some ideas please send an email to [email protected]